Equilibrium moisture content (EMC) is the moisture level where the wood neither gains nor loses moisture since it is at equilibrium with the relative humidity and temperature of the surrounding environment.

Let’s define some key terms needed to talk about the effect of relative humidity on the moisture content of a piece of wood and reaching equilibrium with its environment.

These terms are the variables in the complex mathematical equations used to determine when wood is at its EMC. In the next few sections, I’ll detail these variables, how they’re calculated, and how they’re used in other calculations.

What Is the Moisture Content of a Piece of Wood?

The moisture content of a piece of wood is the total amount of moisture, including both water and vapor, contained in that piece of wood.

The average EMC ranges vary too. The Midwest has an EMC range of six to nine percent, which is the middle ground of U.S. EMC ranges. The average EMC in coastal areas is above nine percent and the dry southwestern United States average EMC is below six percent. These EMC differences are caused by differing ambient relative humidity and temperatures.

What Is Fiber Saturation Point? 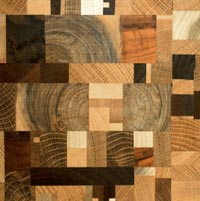 What Is Relative Humidity?

As long as the fiber saturation point is not reached, the relative humidity and temperature of the atmosphere significantly affects the moisture content of wood.

The moisture content at which wood neither gains nor loses moisture is the EMC. The equilibrium is dynamic in nature because the ambient conditions, such as relative humidity and temperature, are constantly changing.

When a piece of wood is placed in a controlled environment, it tries to achieve equilibrium with the environment over time. The moisture content adjusts to the relative humidity and temperature of its surroundings. After a certain period of time, the wood’s moisture content stops changing. This moisture level is termed as the EMC.

As long as the relative humidity and temperature of its surroundings don’t change, the wood’s moisture level remains at its EMC once reached. That’s why acclimating wood in its final surroundings is vital before using it. Once it acclimates to its environment and reaches the EMC, the risk of physical changes occurring in the wood is minimal… unless the environment changes.

How EMC, Relative Humidity, and Temperature All Relate to Each Other

The relationship between moisture content, EMC, and relative humidity can be studied and approximated for a given temperature.

For a reasonable estimation of the true target EMC at any value of relative humidity and temperature, the following equation may be used: 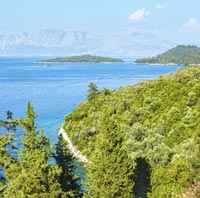 The Hailwood-Horrobin equation can also be used to estimate the complex relationship of EMC, relative humidity, and temperature mathematically. This is a more complicated formula but provides more accurate results.

As discussed above, the specific geographic location of the wood has a significant impact on what it’s EMC will be. This is especially true for wood with an external in-service location. Simply put, wood planks that will be used to build a house deck need to be treated differently than planks to be made into internal wood flooring.

Since the average EMC for the Midwest ranges between six to nine percent, that would be the ideal moisture content range for wood to be used as flooring indoors in Chicago. However, if the woodworker wants to use the wood to build an outdoor deck in Chicago, where the EMC ranges between 12 to 15%, then this six to nine percent range is too dry. This is why, for example, it’s critical for wood flooring to acclimate in the exact environment where it will be used before it is installed.

When the temperature and relative humidity change, the EMC changes along with it. When that happens, the wood starts to release or absorb moisture to re-acclimate to the new EMC. This period of re-acclimation is when warping, cracking, and splitting can occur in the wood.

These moisture-related failures are more likely to occur based on how often the EMC changes and how large the EMC swings are. New Orleans is one of the most humid cities in the United States, yet it’s also one of the most temperate. That is, there aren’t great swings in temperature or relative humidity throughout the year. Thus, a flooring installer doesn’t need to account for as much swelling and shrinking when installing boards as does a flooring installer in Oklahoma City, which has more seasonal climate variety.

The worst-case scenario is installing wood with a moisture content that’s too high. This wood is still in the process of equalizing with its surroundings, which means significant shrinkage is inevitable as it reaches for equilibrium. Under such circumstances, total moisture-related disasters are likely.