Is the Mountain Beetle Eating up the Lumber Industry?

The North American pine beetle epidemic has been fed by fires, droughts, storms, and the wind. Norway encountered a similar kind of outbreak in 1969. Ferocious wind storms felled thousands of spruce pine trees in southeastern Norway, while the country simultaneously experienced its hottest, driest summers since 1840. Since the 1990s, the water tables diminished, trees starved and beetles invaded. The pine beetle went on to consume four million Norwegian spruce trees by 1982. 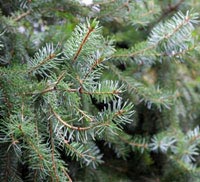 Victoria, BC Canada. According to revised damage estimates, Dendroctonus ponderosae (MPB) has chewed through an estimated 69,884 square miles (18.1 million hectares) of British Columbia forest [iii]. The Province of British Columbia expects that the MPB will destroy 80 percent of BC’s Lodgepole pine by 2013.

Steamboat Springs, CO. The Desert Research Institute (DRI) reports that beetle-killed trees are releasing up to 20 percent more volatile organic compounds (VOCs) in state parks across the western United States. This would partially explain the extraordinary haze in US regional and national state parks. To date, experts estimate that the MPB has impacted 1.5 million acres of Colorado’s forest alone.

Ken Raffa, an ecologist at the University of Wisconsin, states the ominous cumulative potential of bark beetles: “They can go from living on such a small level to operating on such a big scale that they can change entire ecosystems, if not carbon cycles.”

“Normally, MPB populations are kept in check by natural factors such as predators, parasites, wet summers, and early, cold winters (-30 degrees Celsius or lower in November) or late, cold springs. Forest fires also control MPB populations because they often eliminate large numbers of available host trees and, if hot enough, can kill beetles under the bar.”

Ironically, nature appears to be a catalyst for potential forest catastrophe. The limitation (or prevention) of forest fires has created large continuous areas of mature (80-plus- years-old) pine stands across BC: the pine beetle’s prime habitat. Also, winters have just been too warm over recent years to kill off the pine beetle, thus allowing the insect to multiply continually. Add to that, according to the government of Canada, the fact that MPB’s are capable of flying beyond 100 kilometers (62 miles) in favorable wind conditions. The MPB’s dispersal capacity has carried it beyond British Columbia to the edges of Canada’s boreal forest. And it shows no sign of slowing down. 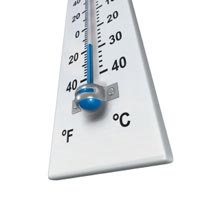 Natural Resources Canada states the blunt truth: “A general climate warming trend and years of fire suppression have created large areas of good beetle habitat…” Society can no longer presume that natural forces of pest control – cold, fire, parasites and predators – will assist. The possibilities of containment or control seem to have become too large to address effectively, and lumber producers all over the world face an equally large question: what to do with the infested wood?

After all, the MPB has already eaten too much pine for pre-emption. Even so, the lumber industry can be vital to processing the results.

[vii] “What is the Mountain Pine Beetle? A Primer for Teachers & Students.” Parks Canada: The Government of Canada.

[ix] “What is the Mountain Pine Beetle? A Primer for Teachers & Students” Parks Canada: The Government of Canada.

[x] Parfitt, Ben  “Managing BC’s Forests for a Cooler Planet: Carbon Storage, Sustainable Jobs, and Conservation.” Vancouver: The Canadian Center for Policy Alternatives and the University of BC, January 2010.