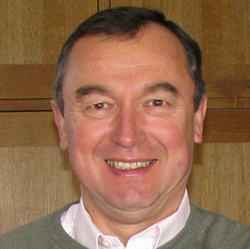 When renowned woodworker Peter Parfitt was six growing up in Bournemouth, an English coastal town, his father gave him a piece of 2×4, a 4” nail, and an old hammer. With that he fashioned a pretend radio . . . beginning a lifelong passion for woodworking.

Though his father was a part-time carpenter who gave his son access to his small workshop, Parfitt’s journey to woodworking fame didn’t take him on a straight path.

“Initially, I didn’t follow a career in woodworking. I was a career soldier,” he confides.

Nonetheless, woodworking was in Parfitt’s blood. So, despite his soldiering, he took every opportunity to develop his love of woodworking.

He shared that love by teaching woodworking to the soldiers and their dependents. 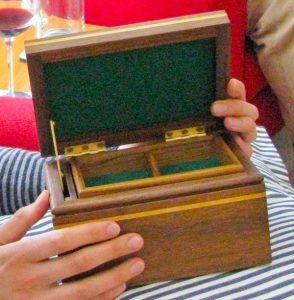 He also crafted dozens of jewelry and sewing boxes, letter racks, walking sticks, napkin rings, and other items to raise money for charity, which helped improve and broaden his own skills. He even made and hand-delivered an old-fashioned curved signature blotter to the British Prime Minister at his 10 Downing Street residence.

After retiring from the military, Parfitt decided to dedicate his life to woodworking . . . and to helping others savor the joy of making beautiful things with their hands.

“Nothing gives me more satisfaction than encouraging people to take it up either as a hobby or as a profession,” he says.

His desire to introduce others to this noble endeavor led Parfitt to create New Brit Workshop, a YouTube channel designed to help woodworkers by providing them with product reviews, project ideas, and woodworking techniques. With more than 21,000 subscribers, he tries to publish at least one product review video a month. 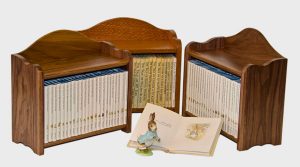 Parfitt prides himself on answering every subscriber query and acknowledging every comment placed on his channel.

“If I can provide help, I will. If not, I say so and try and point the person in the right direction.

“Some people find this hard to believe, but I have a ‘Golden Rule’ that will never be broken. I only produce videos about products that I am prepared to recommend to my very best friend,” he explains.

One product review that drew much attention focused on moisture meters.

“I had started a series of special projects using American walnut and decided to take extra steps to check the moisture content of the sawn timber. This coincided with several requests from my YouTube subscribers asking about moisture levels in wood,” he says.

Since he had never owned a moisture meter, he spent several weeks researching and testing various products. From among all the meters researched, the Wagner Meters MMC220 came out on top. 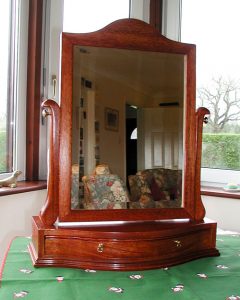 “I recommended it for several reasons. It’s a non-invasive pinless meter, so it won’t pierce or damage your wood to get a reading. This is critical when working with expensive wood.

“It’s also accurate and works fast, allowing me to check large batches of wood in just seconds. And, it comes with material settings for many tropical, softwood, and hardwood species, so it’s easy to select the species of wood you want to check,” he explains.

Parfitt admits that some of his earlier projects suffered when he didn’t take into account moisture measurement. He tried drying the wood, but this process wasn’t scientific and rather hit-and-miss.

“I now much prefer the accuracy of a good moisture meter,” he declares.

“I don’t see the point of spending many hours working on an item only to find it ruined a few weeks or months after completion. Sometimes it may be possible to correct the damage done by wood movement, like a small split or crack, but a twisted and distorted board can be very difficult to rectify.” 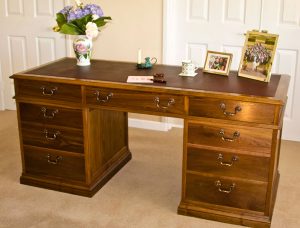 Parfitt is a stickler for quality. He advises hobbyists or anyone getting started in woodworking to buy the best tools they can afford.

“And buy the best materials within your budget – whether it’s a stock of wood or fixtures and fittings like hinges and handles. They can make a huge difference to the look and feel of your work, so don’t take shortcuts.

“If you’re producing commercial work, then your reputation will stand on the quality of the products you make.” 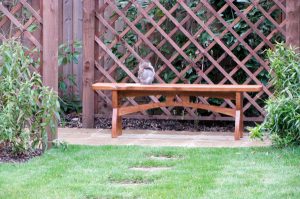 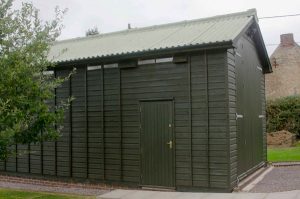 More about Peter Parfitt…
Since childhood, Parfitt has expressed his creativity through woodworking. It has allowed him to not only create something with his hands, but to use his creative mind to design and think through the techniques needed to make an item.

Two special items he created are “Parf Dogs” and the “Parf Guide System.” Parf Dogs allows woodworkers to take advantage of the grid of the Festool MFT/3 multifunction table to set up accurate, repeatable cuts, while the “Parf Guide System” is a highly accurate method of laying out a pattern of 20mm holes in a benchtop or work surface to create a track saw cutting.

But Parfitt took his creativity one step further.

“I spent 18 months writing my first novel, Stone Message, which is a mystery thriller with a tiny dash of sci-fi to help develop the plot. It’s published on Amazon as an ebook where it has received quite a few 5-star reviews,” he says.

“The small royalty it pays helps me fund my video work, so anyone interested in a really interesting story with a surprise ending should read it.”