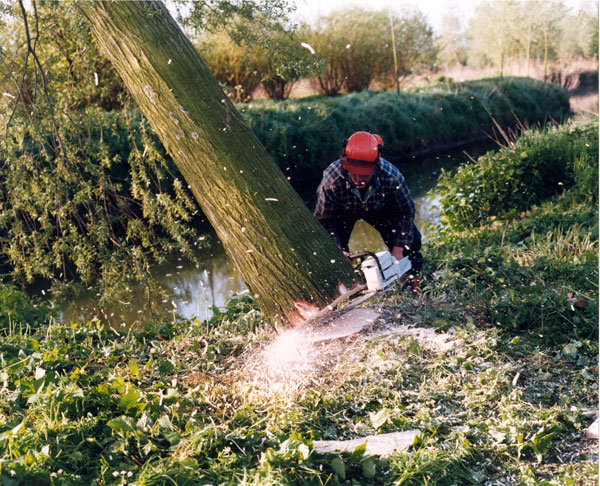 Surrounded by woods and willow plantations, J.S. Wright & Sons operate a spacious factory equipped for sawing, drying, and storing the wood. The willows, renewably harvested, come from thousands of farmers throughout England and Wales who grow the trees as a side crop.

Essex is the center of cricket-bat willow farming in England, but it grows well throughout the country because the climate and rich, moist soil with a high water table are ideal for growing Salix Alba Caerulea, the preferred variety of willow used in the manufacture of cricket bats. Their cell structure is better suited to hitting a ball than other woods.

Typically, it takes about 20 years to grow cricket-bat willow before harvesting. Harvesting occurs when the trees reach 56-58 inches in diameter.

Jeremy Ruggles, Director of J.S. Wright & Sons and a 4th generation family member, carefully selects only the highest grades of willow. He inspects each willow cleft manually by hand and eye.

The trees are purchased standing in the field and then felled by specialized tree fallers. They’re transported to the yard by lorry. The willows are then cross cut into three or four 28-inch lengths. Next, they are cut lengthwise into clefts, which is a large cricket bat-shaped piece ready to be shaped into a bat.

An average tree yields 3-4 bat lengths from which 38-40 clefts can be cut. The end of the clefts are dipped in wax to prevent splitting and are dried to reduce moisture content (MC) and weight.

“The world’s best batsmen prefer our English willow. That’s because Salix Alba Caerulea, a softwood with hardwood properties, is lightweight and white and light brown in color,” says Jeremy. 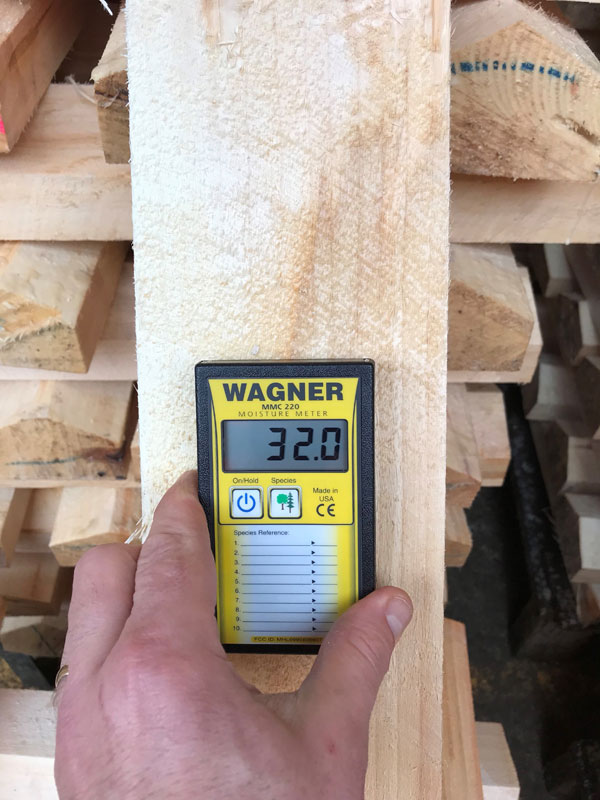 Obtaining an optimal MC in the willow is critical when preparing the clefts. To attain this optimal MC, Wright dries all the clefts using drying kilns.

When first cut, the clefts can weigh up to 22 pounds, but they lose more than half that weight through the drying process. According to Jeremy, he has perfected his kiln drying technique over the years, a technique he now keeps confidential.

“We take special precautions in dealing with moisture. If we didn’t, the clefts would be too heavy to lift or too light and could break.”

Since local pockets of moisture sometimes remain in the timber, special care is needed when testing the MC to ensure that reasonable uniformity is achieved.

He takes MC readings whenever he thinks the clefts are ready.

“I can tell by the temperature and the relative humidity in the driers that I monitor daily. They may be ready when I first check the willow or they may need 10 more days. After drying willow for 25 years, I’ve gotten the hang of it,” he declares.

At one time, J.S. Wright used pin-type moisture meters to measure the willow’s MC. But Jeremy says that took more time and effort, and often resulted in broken pins as they were pushed into the wood.

“We went to the MMC220* pinless meter made by Wagner Meters. It’s small, compact, and easily fits in your pocket.

“To get readings we simply place the MMC220* on the surface. It’s much easier to use than a pin meter, and we’re able to take more readings in the same time while getting an average MC,” he says.

When first used, though, Jeremy discovered the Wagner meter wasn’t giving them the same readings as the pin meter. After seeking advice from Wagner, the company changed the species settings on the meter.

“We now get very accurate readings with the pinless meter compared to the pin meter, which is great. And it’s much easier and faster to use.

“The Wagner meter is also very good at staying in calibration. Every few months we use their calibration checker to confirm this,”

J.S. Wright & Sons don’t actually manufacture the bats. Instead, they provide bat makers with the willow clefts used in every high-grade cricket bat made in the world. Ninety percent of Wright’s blades are exported to India and Pakistan, with a smaller percentage going to other countries such as Australia and New Zealand.

This process includes “knocking in” all new cricket bats. “Knocking” is where they harden and condition the blade’s surface. This protects the bat from cracking and increases its usable life. It also improves the middle of the bat so the middle is bigger and better. If this isn’t done and a cricketer hits the ball hard with a new bat, he’s likely to damage the bat,” Jeremy says.

A mechanical press is also used on cricket bats. The press applies up to two tons per square inch of pressure to the face of the bat through a roller. In its natural state, willow is a very soft timber and has to be pressed to form a hard, resilient layer on the surface. After this is done, the bat can be shaped.

“Pressing the wood with metal rollers enables batsmen to hit balls farther and harder than any other bat,” Jeremy adds. 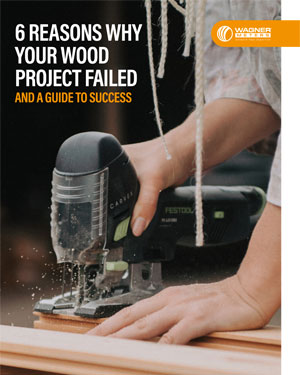 Although the game of cricket originated in England, its popularity spread rapidly in the mid-20th century, especially among countries once colonized by Great Britain. Today, with 2.5 billion fans cheering on its players, cricket is also played in South Africa, New Zealand, Australia, but mainly in India and Pakistan.

About 80% of the clefts used by the top 10 best playing nations come from J.S. Wright & Sons — a strong testament of their enduring quality and outstanding performance. And a contributing factor guaranteeing their preeminent quality and performance, notes Jeffery, is the accuracy of the Wagner pinless moisture meter.

“Having optimum moisture content is imperative in ensuring our products meet the highest standards demanded by our customers. Our moisture meter gives us that assurance,” he says.

*The MMC220 has been replaced with our new and improved Orion® line of moisture meters.

Orders received after 12pm PST on July 27th through July 28th will be shipped on July 29th.
+