When a young Marc LePage left the banking business in 1993 and started working for Maritonex, an Eastern Canadian distributor in the forest products industry, he admits he didn’t have a clue about sawmills and their equipment needs. But over the next several years he made every effort to learn as much as he could.

He also treated his customers with a personalized, human touch, paying close attention to their needs – behavior that won him staunch loyalty and trust that have lasted for more than two decades. 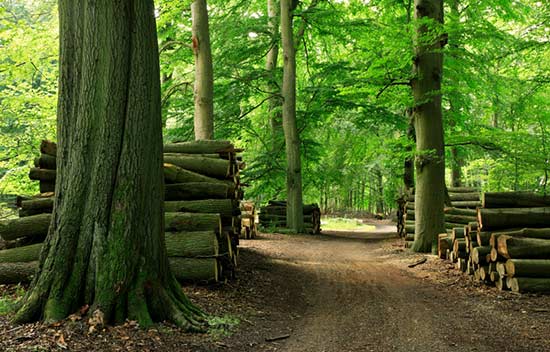 “Customers were asking me questions when I started. I didn’t initially know the answers, but I said I would get back to them. And I did. That helped me build strong relationships with them,” LePage states.

“If they had a problem or issue, I fixed it. I was always there. Present in the flesh. It gave me confidence so that today I can reach anyone in the mill.”

Today, 25 years later, LePage continues to provide the same premier service to the same sawmills and secondary market companies, including manufacturers of flooring, windows, and furniture.

He also serves the same contacts, though their roles have changed considerably since those early years. People who once were project engineers or had a starting role in their company got bigger roles and more responsibilities. They became vice presidents, general managers and, in some cases, even owners of their companies.

Meanwhile, LePage experienced change, too. When the owner of Maritonex, Jacques Marion, retired in 2009, LePage and Marion’s son David purchased the company from him. They renamed it BoiFor, French for “wood forest.” LePage now is president of BoiFor, located in McMasterville, Quebec, while David Marion is its vice president.

BoiFor has a three-fold mission. First, it manufactures parts for the debarking industry using two subcontracting machine shops to actually make the parts. Second, it represents U.S. and Canadian companies in Eastern Canada, which includes the provinces of Ontario, Quebec, and the Maritime provinces of Nova Scotia, New Brunswick, and Newfoundland. These companies include Edem, Rawlings Manufacturing, and MDI Metal Detectors. And, third, BoiFor buys products from U.S. and Canadian companies such as Wagner Meters and resells them exclusively in Eastern Canada. 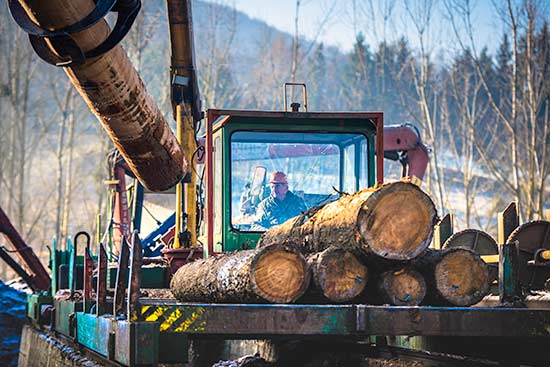 In its efforts to better serve the forest industry, BoiFor’s Research & Development department has a patent pending for an improved debarking/harvesting spike. It reportedly will save each mill roughly $400,000/annually by reducing debarking fiber damage.

“We’re trying to reduce the fiber damage that goes on in the sawmill industry. Every time you do an action to the wood, you’re damaging it. That includes cutting the tree, sending the logs to the mill, sending them to a debarker, removing the bark, having the wood go to machines like canters, and so on,” says LePage.

“Debarking is the place where you damage the wood the most, but you still need to remove the bark. When you are creating fiber damage, that good fiber falls in the conveyors with the bark. Since the bark’s value is about four times less than the chip’s value, you don’t want to add fiber into your bark. You want the fiber to stick on the log so you can make good chips or lumber out of it,” he adds.

BoiFor studied the feed-rolls that were used on the harvesting machines and decided to change the design of the spikes. Their improved design can save mills nearly 8% in fiber damage. To put that into perspective, 1% costs a mill $50,000/annually.

Testing of the new spike design on debarkers was done during the summer, resulting in great success. But BoiFor says the “real” test will be during winter when it’s harder to debark. Summer fiber damage is about 5%, while in winter the amount of damage jumps as high as 30% because the bark is frozen to the fiber.

For the past two years, BoiFor has worked with two companies to test the new spike design. When all the tests are completed, probably after another year, BoiFor plans to sell their new technology. 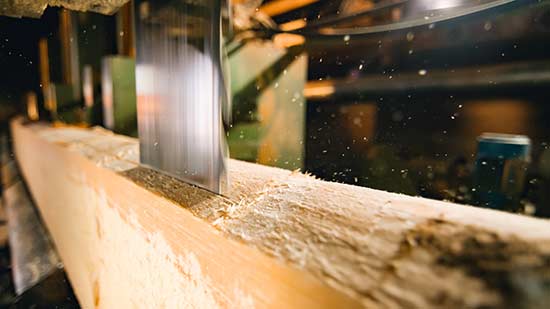 The combined length of doing business for Maritonex and now BoiFor is nearing 40 years. LePage says the company’s strategy for success can be boiled down to two key things: close personal contact with the customer and providing excellent supplier products.

“Human contact, meaning being on site so customers get to know and trust you, as well as paying close attention to their needs, are extremely important to building close customer relationships,” he adds.

“The ultimate compliment is when a customer calls me and says, ‘Marc, I know, you don’t sell this product, but can you get it for me?’ They’ll call me because they trust me.”

“Customers also like to work with people they can rely on,” declares LePage. “When they buy from me, they know I’ll still be representing the same products and the same company in two, three, five years or more. That’s not always the case with some salesmen because they change the company they work for every couple years.”

Providing excellent products from companies that are leaders in their respective markets is another of BoiFor’s strengths. In several instances, they’ve represented or sold the same products from these companies for 25, 30, or more years.

Customers thus come to expect that BoiFor will sell them only the best products.
“A perfect example is Wagner Meters from Rogue River, Oregon. Wagner is a leader in moisture measurement systems,” says LePage.

“We offer all of Wagner’s handheld wood moisture meters, including the L620 and L622, the L722 stack probe sensor, the MMI1100 and MMC series. We also sell their MC4000 In-Kiln Moisture Measurement System and their Omega In-Line Moisture Measurement System that are used in several industries, such as sawmills and secondary markets like flooring, windows, doors, and furniture.”

“The relationship between Maritonex/BoiFor and Wagner began more than 30 years ago. It was an immediate win-win situation for both of our companies,” says LePage.

Maritonex got to sell highly reliable, non-invasive moisture meters to its customers at a time when mills and companies in secondary markets could only guess the exact moisture content (MC) of wood-based on differences in weight.

On the other hand, by signing an exclusive distributorship agreement with Maritonex, Wagner got a company that could help them communicate with French-speaking Canadians in Eastern Canada, and that knew the pulse and needs of Canadian customers. 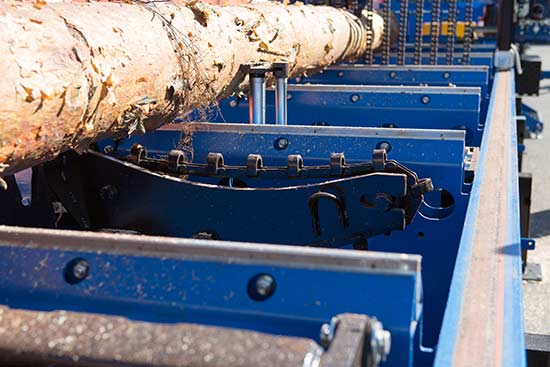 “With Wagner, we have a company that offers our customers a needed product. They need to read the MC of wood, so we are answering a demand. And we’re also offering our customers a well-built, quality product that doesn’t damage the wood and which accurately reads the MC of the wood.

“In Canada, we don’t care where the product comes from – be it the U.S., Germany, or some other country. What matters is the product is good, the company provides good service, and the price is right. We get that with Wagner,” he says.

“To give you an idea of how good their products are, my first sale in 1993 when I entered the company was a Wagner in-line moisture meter. Today, 25 years later, their moisture meter is still functioning for my customer. Wagner has since come out with more advanced systems, but this unit, which is no longer manufactured, is still in top condition.”

Throughout the years, BoiFor has worked with Wagner Meters to make several product improvements for the betterment of both companies. For example, BoiFor prompted Wagner to change their meter technology from analog to digital, change the L722 stack probe from plastic to aluminum to eliminate breakage, and correct battery casing problems with the L612 meters. They also had Wagner improve their temperature compensation probe to better measure the wood’s temperature when temperatures are very high or very low.

Because Wagner is responsive to BoiFor’s feedback, it continues to produce better, more innovative products — ultimately providing a more positive experience for BoiFor’s customers. The same can be said for all of the companies with whom BoiFor does business

“While we can attribute much of our success to providing consistently excellent customer service and support, the other half of the equation is providing superior products for our customers. This happens because of our collaborative partnerships with outstanding companies like Edem, Rawlings Manufacturing, MDI Metal Detectors, and Wagner Meters.
“They are the leaders, the gold standard in their respective markets. Together, we are passionate about making progress happen for our industry and our customers,” LePage declares.