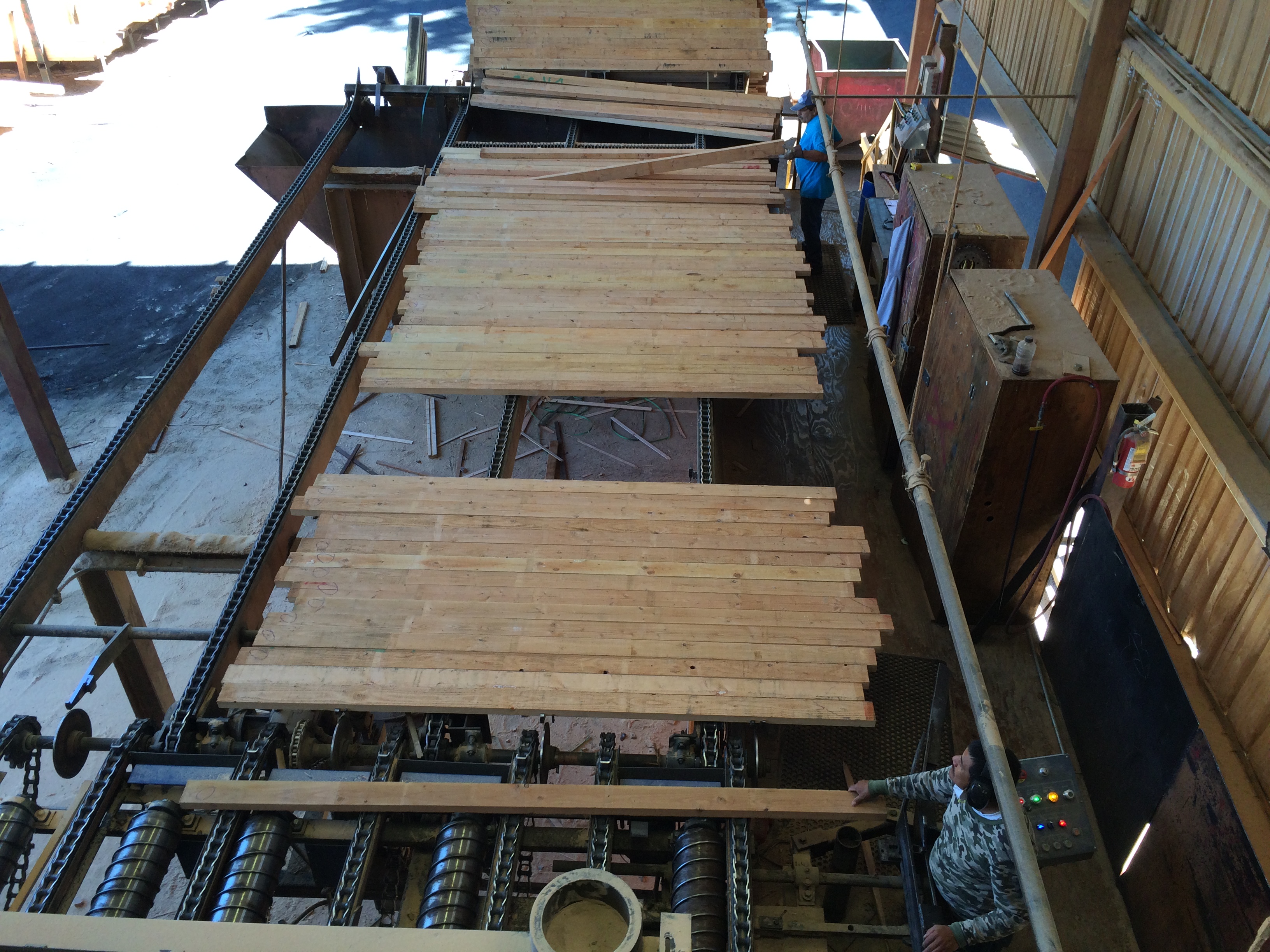 In Washington State, Manke Lumber Company has made a name for itself in the export market, though they didn’t start out with that in mind.

“Manke is a family-owned business that started back in the ‘50s with a portable sawmill at Lake Cushman which became Manke and Sons,” explained Craig McNeil, the treating engineer.

“Manke started to make chips for Simpson until they were able to purchase property in Tacoma, on the tide flats, which in two short years, became a domestic sawmill. In 1979, they then purchased property in Sumner, which became an export mill for the Japanese housing market. In the late ‘80s, Manke then put in their own Pellet Mill.”

About this time, they saw an opportunity. “They got into the export market in the 1980s and in 1985 they built the treating plant because they figured out that they could take all their lumber and get it treated,” McNeil recalled. “In 1996 they built a new state-of-the-art treating plant with a fixation process.” This gave them a distinct advantage over competitors since there was only one other such facility in the US at that time.

“There was one set of dryers here when they bought the property in Sumner, and then in 1995, they put in four more dryers for the treating plant. Now we have seven dryers here and they run 24/7. There are also three boilers to take care of all export as well as treated lumber drying.”

“The Superior Wood Treating Facility, on the Sumner site, treats around 50 million board feet a year with ACQ, CCA, TimberSaver (which is a borate product that goes to Hawaii), and a fire retardant for multi-family dwelling market,” said McNeil, who runs that operation. “Most of the wood used for treating is Hemlock, which is purchased from local suppliers.”

“In 2004 we jumped into the Japanese export market in a big way. Some of the dryers were used for the lumber going to Japan,” he added. 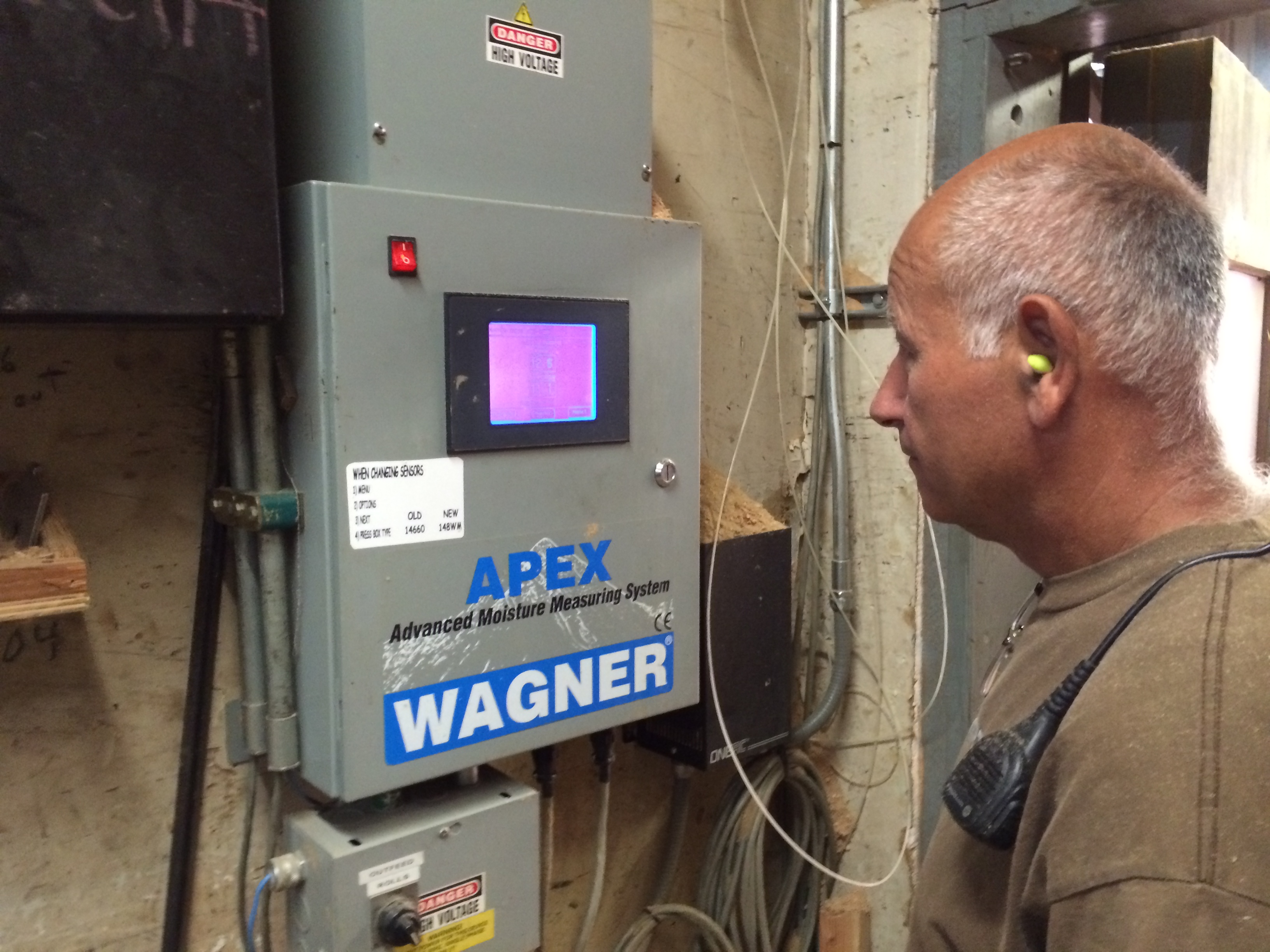 Accurate moisture measurement has been critical to Manke Lumber’s success for many years, according to McNeil. “When we entered the export market, it became more important that the lumber was dried correctly. We check the lumber as it comes out of the planer with the Wagner Apex In-Line system.”

The Apex system features an industrially hardened, touchscreen user interface. This LCD design is resistant to moisture, dust and other harsh elements in the demanding environment prevalent in many mills. An easy-to-navigate menu not only allows for easy set-up and configuration of the system but also makes the checking and adjustment of sensor calibration from the console convenient, with just a few simple pushes of a button.

“We’ve used the Wagner 610 and 612 handheld meters over the years, and now we use the 622,” said McNeil. “The 622 read a couple of points higher than the 612 and the Apex In-Line meter, which is exactly what marketing said it would do. What amazes me is that it’s done that for quite a few years. We don’t have to recalibrate or anything else.”

Moisture Control: The Key to Asia 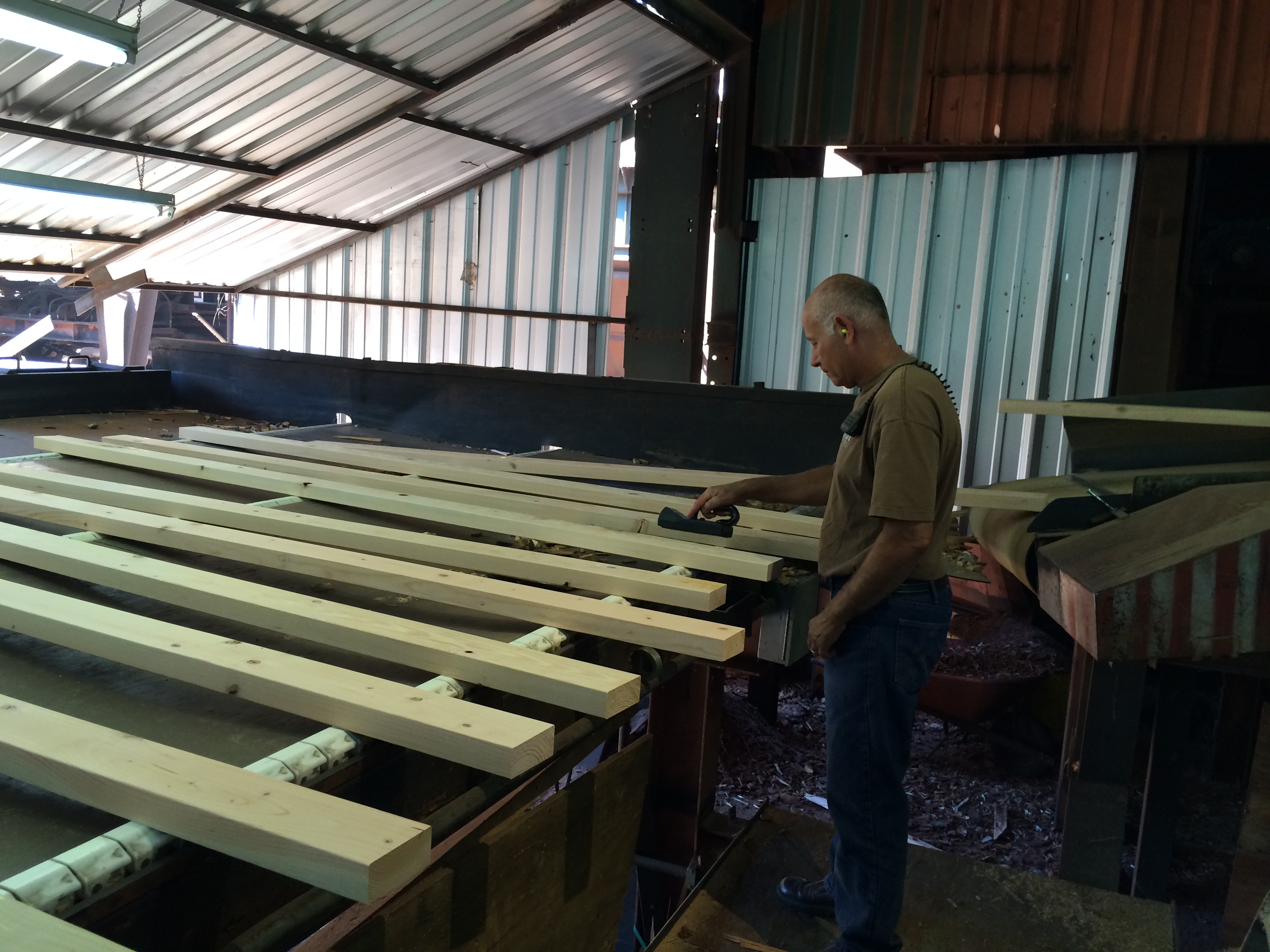 “Two to three years ago, we would ship the lumber to Japan and if there was a problem they’d let us know,” McNeil explained. “In 2013, we shipped 47 million board feet of lumber to Japan and we had one plank of wet lumber. But then a new marketing group came on that didn’t want even one piece of wet lumber because of their automated equipment over there, so that’s where the Wagner equipment came in handy, preventing that from happening.”

“Moisture control is key to quality control and you can’t have it too dry either,” McNeil continued. “That’s part of my job is to correlate everything so that we don’t have any wets in there or any that are too dry, making it a lower quality product.”

“Everything we do is based off of what the Wagner equipment tells us,” said McNeil. “We’re able to do a good job because of it. Our report is that our lumber is one of the best they have in Japan.”

Wagner Meters has given Manke Lumber Company an advantage not only in the domestic market but in the hyper-competitive Asian market.