Ever hear of George Ringland? Or, how about John Looney? Probably not.

Bob Yapp, preservation consultant, teacher, speaker, and restoration expert, has. He didn’t know these men personally, but he’s been involved with the restoration of their old and historic homes. 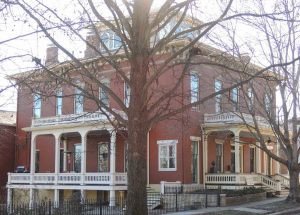 Ringland, who lived in Ft. Dodge, Iowa, in the late 1800s, processed gypsum from nearby mines to invent and manufacture drywall. After Ringland’s last descendent died, Yapp was commissioned as a consultant to help turn the entrepreneur’s Jacobethan Revival style house, designed by noted Chicago architect Solon Beman, into a museum.

Looney, on the other hand, was a notorious gangster from Rock Island, Ill. Yapp was tasked with restoring Looney’s landmark home built in 1897.

Yapp has stories to tell about all his restoration projects.

“Since Ringland was the gypsum king, I assumed everything in the house would be gypsum-based plaster. None of it was. It was all lime-paste plaster,” he says.

“Now Looney, he’s a fascinating guy most people have never heard of. Steven Spielberg made a movie about him called Road to Perdition starring Tom Hanks and Paul Newman, but they changed Looney’s name to Rooney in the movie.”

Though Yapp didn’t find any bullet holes in the walls or skeletons in the basement, during restoration, he did find secret compartments with small paintings hidden behind bricks in Looney’s basement.

The idea for historic preservation took root when Yapp was only 6. While helping his father sand wood one day in his woodworking shop, his dad declared, “Bob, we don’t own this house.”

Thinking they were going to move, he began to cry.

“My father quickly explained that while we owned the house on paper, we were stewards of this historic old house and that we had to preserve it so the next family could enjoy it as much as we did.” 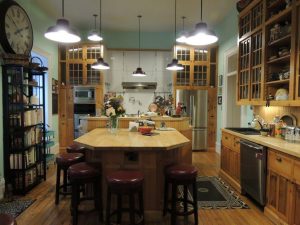 His father’s insightful declaration stayed with Yapp as he matured. Then, while in his late teens, he bought his first house to renovate which he later sold for a good profit.

“We didn’t have enough money to replace everything with aluminum siding and new windows and such, so we meticulously restored the property. That was my first restoration,” he recalls.

Since then, Yapp has gone on to restore or preserve 164 old and historic properties during his 44-year career, including window restoration of George Washington’s Mount Vernon home.

From 1996 to 2001, Yapp hosted the national weekly PBS program About Your House with Bob Yapp. It showed people how to do preservation work practically. 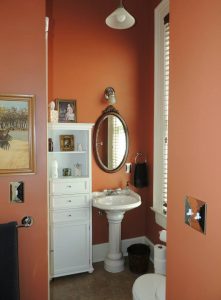 Yapp states it’s important for property owners to understand that when it comes to building new buildings, but especially preserving, rehabilitating and/or restoring existing old and historic buildings, managing moisture is critical.

“It’s about managing such things as water coming off the roof, managing vapors inside houses and how they escape or don’t escape, and especially managing the moisture content (MC) in wood. In order to know a wood’s MC, you must use a moisture meter,” he declares.

For measuring moisture in wood, Yapp says he recommends Wagner’s MMC210 meter* to his students and workshop attendees. But he makes it perfectly clear that Wagner Meters does not compensate him for making this recommendation.

“I have never and will never accept any free tools or services from any company whose products I recommend. I pay full price for everything I use. And I recommend the best ones for consumers based on my research, field work, and testing, sometimes years of testing,” he declares.

“I tell my students, with tongue-in-cheek, the reason I own the Wagner is because it’s idiot proof. It’s also pinless, so I’m not marring the wood which I love.

“And the species calibration’s easy. I simply thumb through the different wood settings and take it to the proper number for the calibration. Since the meter knows the density of each wood I use, it gives me an accurate moisture reading. Accuracy is critical – not just in historic preservation, but when working with wood in general,” he remarks.

“Exterior painting is one of the things most historic property owners complain about the most because they can only get a three to five-year paint job. One reason is that many painters are power washing buildings which drives moisture deep into the wood and up under clapboards and trims. But there are other reasons, too,” he notes. 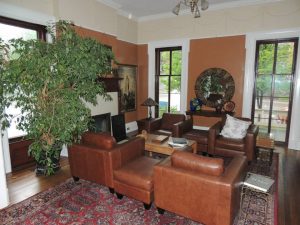 Based on all the research done on the subject, Yapp says that if you paint exterior wood with an MC of over 15%, you won’t get paint failure in three to five years.

You’ll get catastrophic paint failure immediately because the paint won’t adhere to the wood with that much water in it.

“My Wagner meter tells me within a tight range the exact MC. When the MC is below 15%, I can work in confidence and know my paint job will last 18 to 24 years instead of 3 to 5 years,” he adds.

When working with wood indoors, he likes to see MC in the 9% to 10% range.

Yapp also prefers working with old growth lumber, lumber 60 plus years, because it’s more rot resistant, structurally stronger, and retains the architectural integrity of old, historic buildings. He says that today’s construction lumber is made from young trees, is high in MC, and tends to twist and warp in walls as it dries down to about 12% MC. 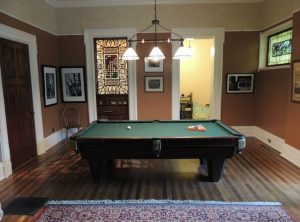 “Treated lumber is even worse. Once it’s dried to 18% MC, it is pressure treated with chemicals. Sometimes it’s so wet, well over 30% MC, that if I cut it with a circular saw, it will squirt water in my eye. For that reason, I let it acclimate for at least two months on site before we ever cut a board,” he remarks.

For masonry, stone, or brick, Yapp also uses Wagner’s BI2200 moisture meter* which enables him to do comparative testing.

“By establishing an MC baseline of a known dry area with this meter, I can then test suspected wet areas and compare those readings with the baseline. The meter tells me if the suspect area’s MC is higher than the dry area,” he says.

“In all my workshops, talks, and seminars, I urge my students to get themselves a moisture meter to maintain and take care of their property. I don’t care if the property’s two years old or 150 years old because understanding the MC of wood and masonry is absolutely critical to the health of any house or building.” 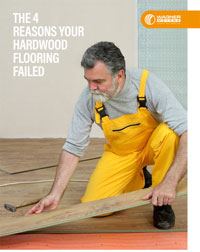 *The MMC/BI line has been replaced with the newly updated Orion® moisture meter line. Click here to learn more.