Published in the January 2020 issue of Concrete Construction magazine 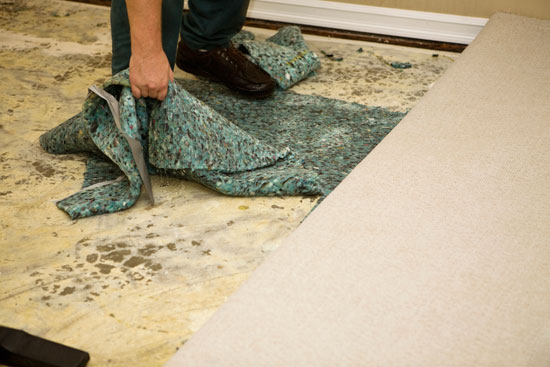 Many times Russell Felts has seen how moisture-related flooring failures can occur when contractors fail to follow ASTM F2170 guidelines and get misleading RH test results.

Moisture is ever the bane of concrete flooring installers and contractors. Project schedules push everyone to move ahead, but the risk of cracks, efflorescence, or poor flooring adherence cast a long shadow. Fortunately, our knowledge about how to test a concrete slab’s moisture condition continues to expand. (Expansion is good where knowledge is concerned.)

Russell Felts has learned a thing or two about moisture in concrete. He’s been dealing with flooring and moisture issues since he was 17 years old. From moisture testing to installing flooring to floor demolition, Felts has done it all. There is very little he hasn’t seen in the industry and boy, does he have some stories to tell.

The Missouri native recalls the time his company, Minus Flooring, tore up the flooring in one building only to see that half the concrete subfloor was in stable condition, while the other half was covered with emulsified glue – a clear sign the impaired half of the floor held too much moisture when the original flooring was installed.

According to Felts, who recommends in situ relative humidity (RH) test for measuring moisture in concrete slabs, the varying conditions present in the same floor were a powerful reminder that contractors need to comply with ASTM F2170 guidelines when conducting RH tests. In part, this means being sure to conduct moisture tests throughout the entire floor. He says, “It’s common for guys to short the number of moisture tests they need to do. It’s about money and time. They just hope it never comes back to them.”

But the number of RH sensors required when testing a concrete slab under the F2170 standard is not random. Three RH sensors are required for the first 1000 square feet and one RH sensor for every additional 1000 square feet. Contractors should heed this requirement, not just to comply with F2170, but because it ensures the most accurate, overall picture of the floor’s moisture condition. 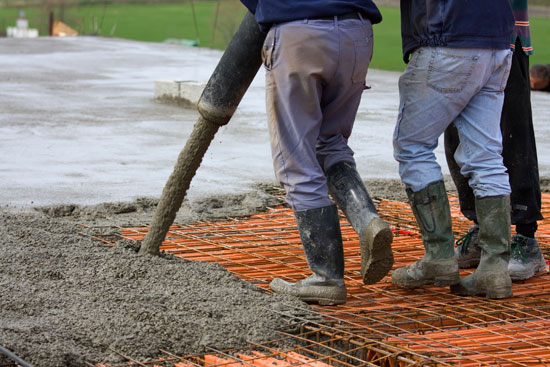 Freshly poured concrete contains considerable moisture, so it is important to assess the slab’s moisture condition before installing the finished floor.

Most concrete trucks carry a load that will spread out 1000 square feet when poured to a typical depth of four inches. Testing the full floor every 1000 square feet gives the highest probability that concrete from every truck will get tested.

Other variables may affect each truckload of concrete once it is delivered to the construction site. First, water may be added to the concrete to make it more workable when it is being poured. Afterward, while the concrete slab is drying, chances are it will be exposed to the weather, and this can significantly affect moisture levels too. These factors can introduce a lot of moisture variability across the floor slab.

Felts understands that one dry spot in the slab doesn’t mean it is ready for the finished floor. Adhering to the ASTM standard and installing RH sensors every 1000 square feet is the only way to go to ensure greatest testing reliability.

Over the past year, Felts shifted his business to focus exclusively on conducting moisture tests for flooring companies and contractors. As such, he’s experienced a couple of distinct changes in his business due to a recent, important change in the ASTM F2170 standard.

Before the change, the standard required waiting 72 hours for RH sensors to acclimate in the concrete slab before taking moisture readings. Now, testers only need to wait 24 hours. This makes the RH test much faster than any other industry-accepted method of measuring moisture in concrete slabs.

Perhaps the most significant benefit of the reduced test time, according to Felts, has to do with job schedules and timelines. Previously, compliance with the standard necessitated planning a three-day gap between the time he installed the RH sensors and when he could return to take final readings.

Under the revised ASTM F2170 standard, Felts can cycle through installing and reading RH sensors more efficiently. For example, one day he can install RH sensors in the morning. The next morning, he can install more RH sensors, and then in the afternoon, switch to taking readings from the sensors installed the previous day. The shorter 24-hour waiting period lets him cycle through the installation of sensors and taking readings far more efficiently.

Working jobs based on this 24-hour cycle has meant more than just reducing the time and effort for each project. Because he no longer has to account for a three-day gap, Felts has found that scheduling jobs is now more straightforward because they don’t have to overlap. He likes this simplified scheduling. It’s just one more factor making RH testing much easier and more efficient.

As for the contractors, Felts hasn’t noticed a change in their workflows. He notes, “They still call at the last minute for moisture testing. If they need to install on Tuesday, now they’ll just call on Monday instead of Friday.”

An Unexpected Benefit to RH Readings from the ASTM F2170 Change

Felts also noticed another important, unanticipated benefit to waiting only 24 hours before taking RH readings: The less time crews have to make a mess on the floor while the RH sensors equilibrate, the less mess they make with the sensors.

While working under the standard’s old 72-hour timeframe, Felts would return to the work site after three days to find debris, dust, or materials covering sensors. He explains, “There’s always work going on. I’d come back, and there’d be a pile of sheetrock or cabinets sitting on top of sensors.” It wasn’t uncommon for workers to shear off the tops of sensors when they scraped the floor. Even a simple sweeping could leave sensors filled with dirt.

Sticking with the Rapid RH to Comply with ASTM F2170 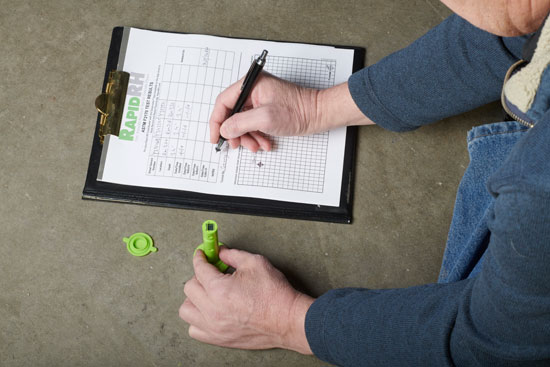 Over the years, Felts and many others in the industry have switched from the calcium chloride test to the far more accurate and reliable in situ relative humidity test.

When Felts began his flooring career, people were mostly using the anhydrous calcium chloride test on concrete. A number of years ago, he switched to the far more accurate and reliable RH testing method, using Rapid RH sensors manufactured by Wagner Meters.

In his work, Felts has noticed that the RH test is becoming increasingly popular. People are recognizing the test’s significant benefits in terms of accuracy and reliability. Now that the ASTM F2170 standard has made RH testing faster too, it certainly remains Felts’ preferred method of testing for moisture.

Elisa Silverman has been researching and writing about effective ways to address moisture problems in concrete construction for over five years, with a special focus on the latest trends in moisture testing of concrete and other building materials.