This article was originally published by Floor Covering Installer in their Nov-Dec 2016 issue.

It can be found online here on page 53a (Opens in new tab). 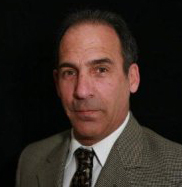 His expertise has meant he has been involved in countless cases of both preventative moisture testing before floor systems are installed over concrete substrates, and in determining what went wrong when a flooring installation fails.

Lepito uses the Rapid RH® because he knows better than most what is at stake when concrete moisture measurement isn’t accurately assessed.

“A couple years back, I got called into a huge hospital complex in Washington D.C. ,” explains Lepito. On the jobsite, five engineer firms were performing moisture testing and everyone was using different equipment. Not surprisingly, everyone was getting different results, too, and Lepito was hired to come in and figure out why.

Hospitals normally have stringent requirements but this 1.2 million square foot complex was being built to provide service to injured veterans returning from active duty, and everyone involved wanted to meet the highest possible standards.

Because everyone was arguing about who was providing accurate information and whose information was wrong, Lepito began by educating the general contractors and the Army Corps of Engineers.

“I provided them the ASTM standard [for concrete moisture testing] to follow along and explained why it mattered.” Then Lepito took them out on the jobsite and had them watch him conduct relative humidity (RH) testing with the Rapid RH® by Wagner Meters, stopping for questions until the whole team understood the test method and the accuracy of testing he was providing.

“One advantage to using the Rapid RH® for RH testing,” says Lepito, “is that it makes meeting the ASTM standard easy to achieve.”

“It’s about as simple as it can get,” Lepito continues, ”The [Rapid RH®] is user-friendly for specialists like myself, and also for non-consultant types of people like general contractors.”

Lepito himself had switched to the Rapid RH® system six years ago, after using a competitor’s product proved to be less accurate in the field.

It wasn’t just one manufacturer that was problematic.

“There were seven suppliers of moisture measurement products and we, early on, realized we were getting discrepancies in the readings”

These discrepancies, as Lepito knows from 40 years’ experience, aren’t just a problem for record keeping, but have led to many flooring failures, health issues for building occupants, litigation, and more.

Over a billion dollars is spent annually on moisture-related flooring failures, so accuracy is essential for moisture testing.

Accordingly, in 2010, a group of industry specialists, along with most of the manufacturers, got together and began a study of the different in situ products available for concrete moisture testing. Lepito admits that their expectation was that there would be some variances with the sensors used in RH testing.

Instead, the study revealed that the more pressing problem was in the sensor housing – the sleeve meant to isolate the test hole from the conditions around the sensor itself so that only the moisture at the correct test depth would be read by the sensor. 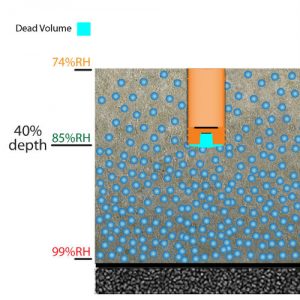 “This is a depth-specific test,” reminds Lepito, “and Wagner was the only sensor that was depth-specific at that time.” Decades of testing has proven that moisture measurements taken at 40% of the concrete slab depth (for slabs drying from one side) provide the most accurate prediction of the final moisture content once the slab has been sealed with a floor covering or sealant.

The accuracy of the Rapid RH® concrete moisture test method also meant that he saved the hospital project millions of dollars in possible moisture-related problems. Based on Lepito’s findings using the Rapid RH®, the project executives and the Army Corps of Engineers made the decision to moisture mitigate, still a $7 million dollar process, but ultimately the best choice for the building complex, the staff, and the wounded veterans that would be served there.

“The director of the project called me to his office and personally thanked me for saving him from making the biggest mistake he would have made while building this hospital,” Lepito states. “To think of the veterans that would be getting the help they need there – it was the proudest moment of my career.”